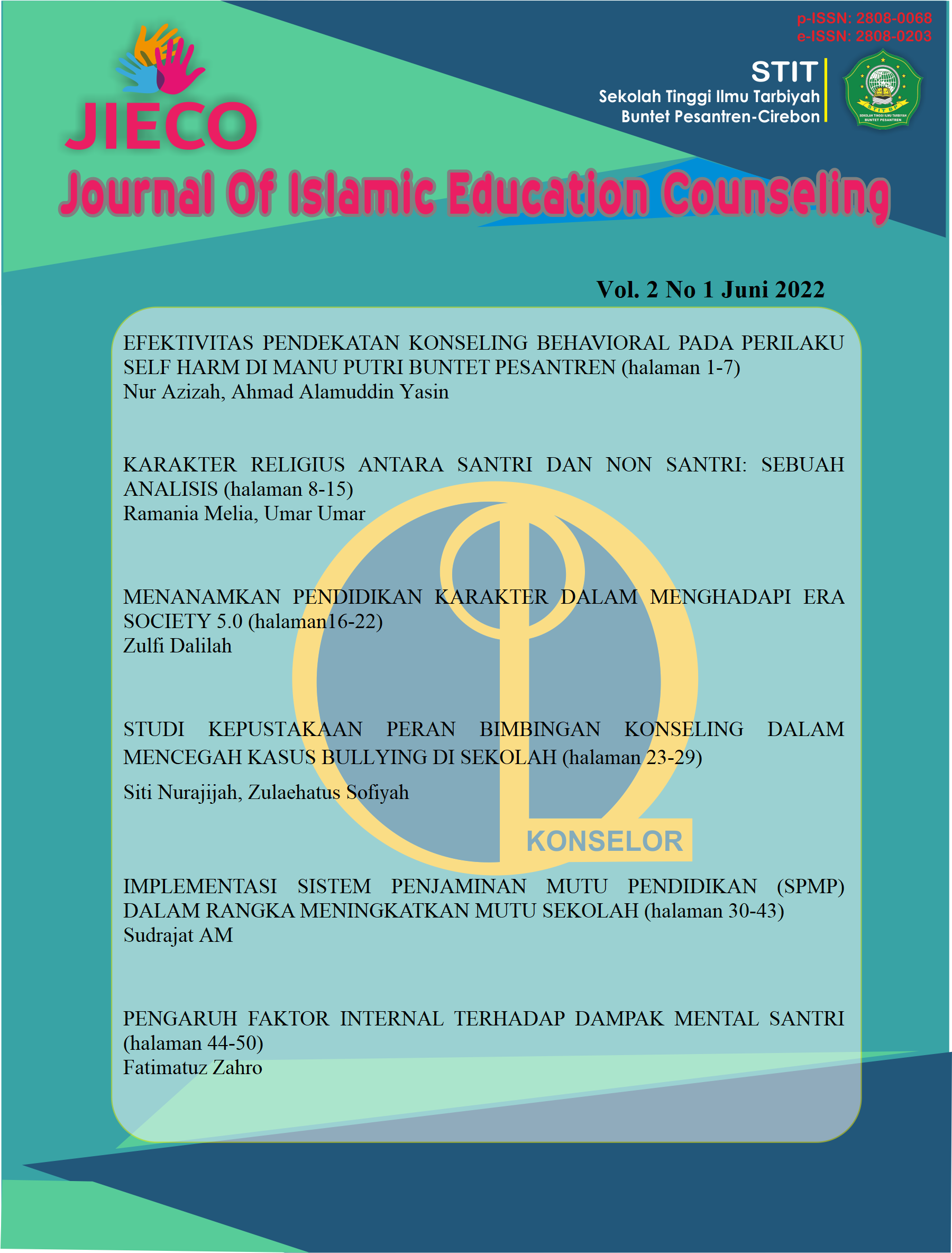 Religious character is a character that is used to distinguish the characteristics or attitudes possessed by humans and in accordance with the teachings of Islam in Indonesia, the application of this character has been formed in Islamic boarding schools since the beginning of the establishment of Islamic boarding schools but for now religious character education is also applied in schools. In public schools, however, there are still differences in the characters possessed by the two students, in that the religious character embedded in a child is more visible and prominent in children who study at Islamic boarding schools or commonly referred to as santri. To conduct research, researchers use qualitative writing through the literature study method which is carried out by collecting library data that has been selected, searched, presented and analyzed. Literature study here is a literature study without empirical testing.